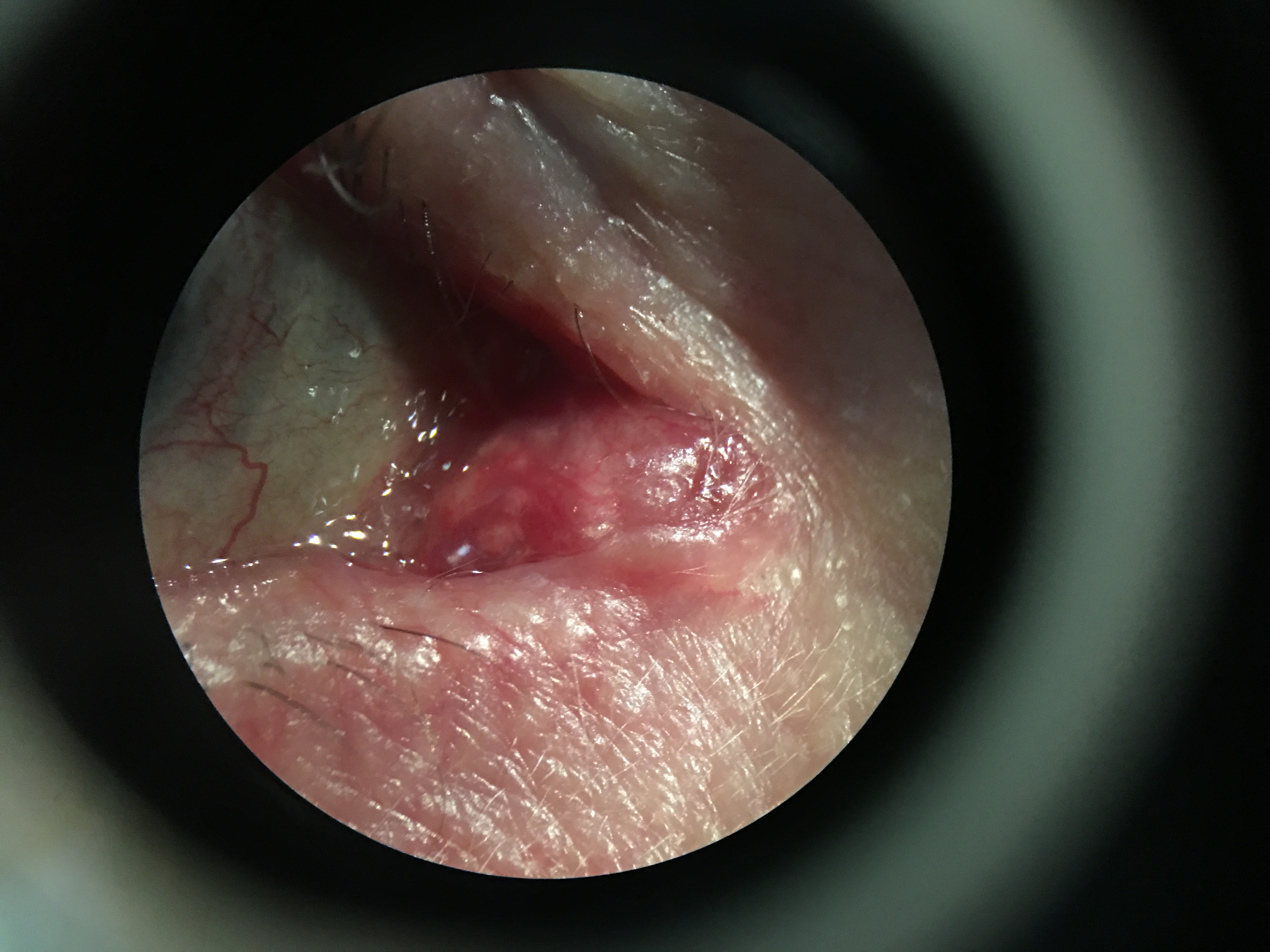 Oncocytoma of the caruncle was first described in the literature in 1941. Oncocytomas are also seen in the thyroid, parathyroid, salivary glands, and kidneys.[1] The incidence of ocular oncocytoma has been estimated to be 0.3 per million/year.[2] 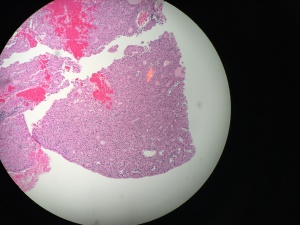 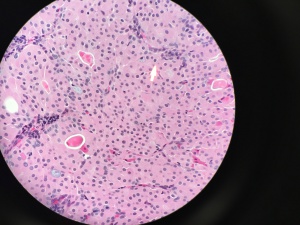 From a literature review of 212 cases of oncocytic lesions (oncocytoma) of the ocular adnexa and orbit, the most common presentation was a mass with possible symptoms of discomfort and/or epiphora. Of the 212 cases reviewed, the distribution of tissue involvement was 127 (60%) caruncle, 20 (10%) conjunctiva, 15 (6%) eyelid, 10 (5%) lacrimal gland, and 40 (19%) lacrimal sac. Only 3 (lacrimal gland) and 11 (lacrimal sac) were oncocytic carcinoma. Fifteen of the oncocytoma cases underwent ultrasound biomicroscopy and anterior segment optical coherence tomography which showed mixed solid and cystic components without evidence of scleral invasion.[1]

The mechanism for oncocytoma development is thought to be associated with mitochondrial and somatic gene mutations, resulting in oxidative phosphorylation deficiency. This results in reduced ATP in the mitochondria and therefore a reduction in energy production, which indicates that the increased mitochondrial content may be compensatory.[3]

Enlarged, polygonal to square-shaped, modified, bland-appearing epithelial cells with voluminous, and intensely eosinophilic cytoplasm due to the accumulation of mitochondria that were classically considered “burnt out” mitochondria.[1][3][4]

Oncocytomas have excellent prognosis. Recurrence after total resection in the locations of the caruncle and conjunctiva has never been reported.[1] However, although very rare, recurrence of the eyelid, lacrimal sac, and lacrimal gland have been reported.[7][8] Fifteen cases of ocular oncocytic adenocarcinomas have been described in the literature which underwent more aggressive management with radiation therapy and chemotherapy.[1][9]