Syphilis is an infectious disease caused by Treponema Pallidum and is most commonly spread through sexual transmission.  Syphilitic uveitis is the most common ocular manifestation and is a potentially blinding disease.

Syphilis was first reported in Europe in the 15th century.  There was rapid spread throughout Europe that was associated with the French invasion of Italy in 1494.  The origin of syphilis has been well debated for over 500 years.  Due to the temporal relation with Christopher Columbus’s voyage in 1492, many theorized the disease was brought to Europe by Columbus and his crew – the “Columbian Hypothesis.”  Others theorized the disease was already present in the Old World before the 1490’s and the emergence of the disease in the 15th century was attributed to increased virulence and medical recognition – the “Pre-Columbian Hypothesis.”  It is a debate that still continues today but an extensive review published by Harper et al. in 2011 supports the Columbian Hypothesis.

Timeline of Syphilis in the United States

Syphilis is known as the Great Imitator as systemic manifestations vary. Ocular manifestations can affect any part of the eye, with syphilitic uveitis being the most common.

Any patient with intraocular inflammation (uveitis) should have a thorough history and review of systems. Information or risk factors that may suggest syphilis include a history of unprotected sex, recent STDs or HIV infection, MSM and substance abuse. 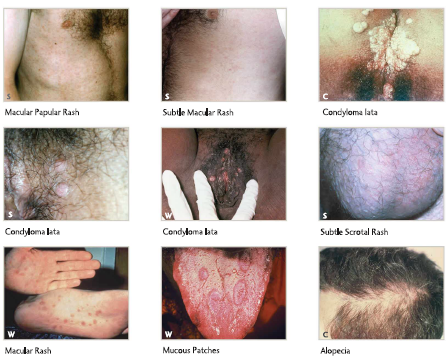 Syphilis can affect many parts of the body. Most common physical exam findings include: 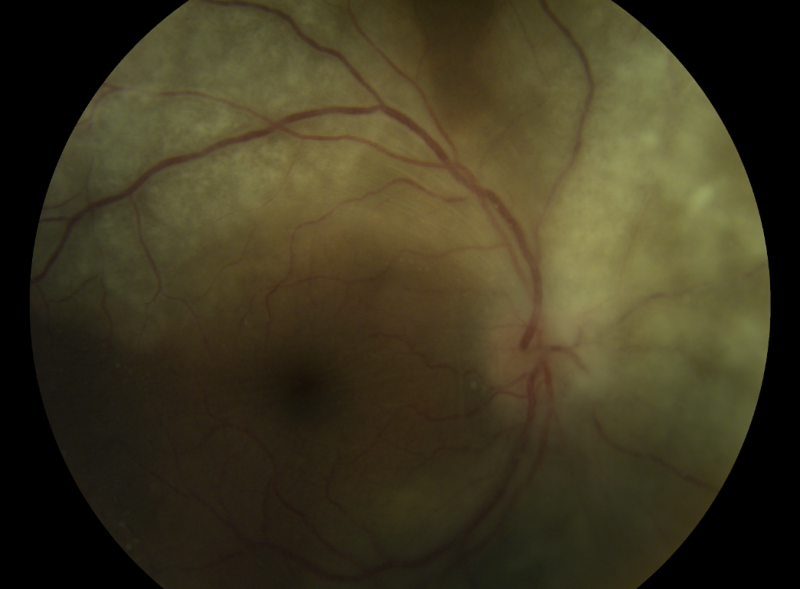 Images of posterior placoid chorioretinitis are available at https://imagebank.asrs.org/discover-new/files/1/25?q=Posterior%20Placoid%20Chorioretinitis

Serologic testing is the mainstay for diagnosis of ocular syphilis 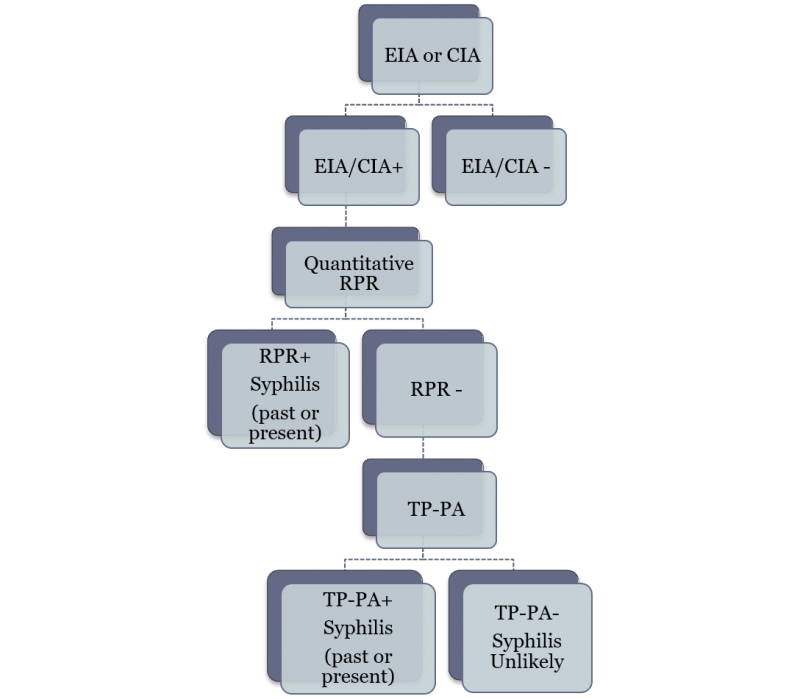 The CDC recommended testing algorithm for syphilis is shown. The algorithm starts with a highly sensitive but non specific immunoassay for treponemal antibodies. If the test is negative, syphilis is ruled out. If the test is positive then a non-treponemal test is performed. A positive non-treponemal test (RPR) is diagnostic of syphilis. A negative RPR following a positive EIA is a discordant test result. The negative RPR must be confirmed by a different treponemal test, the TPPA, which is both sensitive and specific.

Other tests like Polymerase Chain Reaction and Immunoblot are being investigated for application in the diagnosis of ocular syphilis.

Molecular diagnostics involving the assessment of levels of cytokines and biomarkers for diagnostic purposes are being studied.[1]

Management and other considerations

The CDC has reported several cases of blindness related to syphilitic uveitis; however, prompt diagnosis and management with antibiotics leads to good visual acuity outcomes.